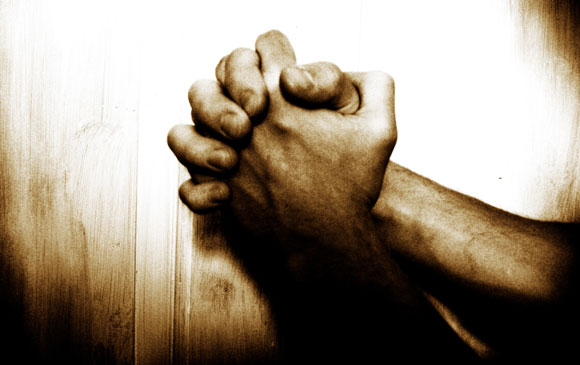 Sometimes I read things in Scripture that make my eyes just pop in my head and my head is boggled at the incredible way the human brain can flip what should be a rather simple script and replace it with our own ego-filled, self-centered script.

The past few weeks I have been praying. Praying a lot. I’ve had to because I’ve felt fairly powerless in most of my surrounding situations. God is teaching me that prayer is my only avenue to tap into power and grace that I desperately need if I’m going to manage the chaos this life seems to throw at me. I believe I’ve even been praying well in many ways.

But there’s one thing I’ve gotten really, really wrong in my prayer life. I realized it when I read 2 Peter 3:9:

The Lord is not slow in keeping his promise, as some understand slowness. Instead he is patient with you, not wanting anyone to perish, but everyone to come to repentance.

Interested in a girl? He didn’t seem to be aware that I was just waiting for a green light.

Desiring a vocation change? He didn’t seem to know my heart longed for a change.

There’s a lot that God just didn’t seem to know as I was praying. I was waiting. But what was I waiting for? Well, I was waiting to perceive him moving. But what I was missing was that he was moving. Just not in the ways and manner and timeline that I was expecting. My pride had locked in on certain courses and I’d lost track of my real situation.

You see, I thought I had arrived. I felt confident. I was acting like I’d had some massive epiphanies of knowledge and now I was praying as if I were a man plucking daisies while I waited for God to show up and finally grant permission to my grand plans.

But here I am. No girl interests to write home about. No vocational updates that are really noteworthy. Just me and burning passions. Wondering why God is slow. Praying that he’ll help me be patient with him!

Who is God that I should pray this way? Is he some kind-hearted but slow-witted grandfather who needs gentle proddings to get to the place where he ought to be? Is he that grandfather who we love but roll our eyes at the things he says and does and whisper under our breath, “Oh, you know how he is!”

That’s the kind of God I was praying to. Maybe you don’t struggle with this, but I certainly did.

My hubris astounded me this morning. I saw so clearly as I read 2 Peter 3:9 that my greatest need is not to be patient with God. My greatest need is for God to be patient with me. And he is! He is slow to anger and abounding in love and is merciful and gracious because he desires to give life to those who repent and pursue life in Christ. (Exodus 34:6; Ezekiel 18:32)

He’s the one being patient with us! Just think about that in your own life. I wonder how many of us are making the mistake I was. Because God is trying to teach us. He’s disciplining us. (Hebrews 12) He’s sanctifying us so that we can be presented blameless and with great joy before the throne of the Father one day! (1 Thessalonians 5:23-24; Jude 24)

Why is he being patient with us?

2 Peter 3:9 tells us it is because he doesn’t want anyone to perish.

Praise God for this! You know how often I just want to scream, “How long, O Lord?!” But I often subconsciously act that I’m unique enough that I’m the first person to cry this prayer. Psalm 13 does a lot of damage to this notion though.

I’m not the first one to cry this prayer and I’m certainly not the first to think their life is full of unexpected, sometimes undesirable twists. It’s just pure arrogance that when I don’t get what I want, all of the sudden,I need to be patient with God because I didn’t get my way. Because there are costs to be counted. Because sometimes being the gentlest, most Godly man I know how to be means willingly walking away from things my heart beats strongly for.

Consider my arrogance in this way. What if God answered David’s prayer in Psalm 13 like I want my prayer answered? What if he came and tidied up the evil that David cried out towards? What if he just wrapped up this human project he’s put in motion on Earth and took home his people and brought the fire and destruction that 2 Peter 3 says is coming? When my life gets hard and I start stomping my foot impatiently and thinking God is slow, I’m essentially treating him like a delinquent maid whose forgotten they’re supposed to be cleaning up a mess in front of me.

But my goodness, if God cleaned up this mess he’d clean it up perfectly! If God had answered David, then I’d have never existed. When God moves towards fulfilling his ends once and for all and takes away all stress, anxiety, death, and despair, he’ll deal with all of it confidently, competently, and quickly.

So if he answered David way back then, that means I’d have never been born. Which means, I’d never have had need to be saved to eternity with a good God. That’s not to say God doesn’t provide provision and respite for his people temporarily. It’s just that rather than being behind us, God’s plan is so far out in front of us that it doesn’t always involve the immediate deliverance or satisfaction we long for. But praise God that he’s a bit slow as I think of slowness! Because my perception of him being slow is really just me perceiving a patient God, who by his patience has saved me in that slow, deliberate, patient working out of his grace into my life.

So What’s My Response?

It’s to try and remember that what I need is a bit less of me proudly asking for patience so I can put up with what seems like an arduous plan on God’s part. Rather, I need to pray thankfully that God is being patient with me. He’s being patient with us so that we can be sanctified so that God’s will is wrought in our life and that we’ll be ready for eternity with him. He’s being patient so that through his means — God’s word, prayer, and his church — his kingdom will consist of every tribe, tongue, and nation.

So praise God that he seems slow. Because this promise of his people consisting of every tribe, tongue, and nation encompasses all people! At one point, there was no person in my tribe or tongue that worshipped God. And now there is a veritable host of those kind of people! Through God patiently working redemption through his Son, Jesus Christ, I know him and have a rich blessing in Christ. That’s good news and it should remind me that if I feel like God needs me to be patient with him, then I have forgotten how David ended Psalm 13:

But I have trusted in your steadfast love; my heart shall rejoice in your salvation. I will sing to the Lord, because he has dealt bountifully with me.

Yes, the day feels long sometimes. Yes, sometimes I really do need to cry out for temporary respite from things that trouble me. But finally, I need to remember that my God has dealt bountifully with me!

This means that I need to be wary of starting to pray in such a way that makes God sounds as if he is slow. If I do this, I’m forgetting that the pace God could have gone would have left me as a desolate wretch with no inheritance in Christ ahead of him. The pace God can move is one that would have had me begging for him to slow down when I was but a mere thought in his mind so that I could be part of God’s delightful design and perfect plan!

So I confess — I confess that I dared to pray for patience so that I could put up with God. That was wrong. I don’t finally need to be patient with my Savior whose steadfast love I trust in. Instead I must praise him becuase those very things I’m keenly aware of that need to be sanctified in my life are the very things he has given time and opportunity to be sanctified because he is patient and slow. I ought to praise him that he chose me to be a means of grace to help make his great and fulfilling promises come to pass.

And if I don’t have the fancy bells and whistles of life, might it just be that I’m far less along the path than I thought I was? Could it be that God is yet being patient with me because the pasture I’ve settled down is far less green and fruitful than the pasture he’s calling me to?

How will you pray? Will you pray as I was this morning, hoping for patience to deal with a slow God? Or will you join me in praising God for his patience and delighting that he will continue to be patient with us so that he will not lose any who throw themselves at the feet of Christ and trust in him for deliverance?

I urge you not to plop down in that pasture that seems so luscious and green. We haven’t arrived home yet. God’s word urges us to be wary of feeling like we’ve arrived and we’re waiting on God to catch up. It may be that if we adamantly insist we’ve arrived that we’ll be in one of those pastures that will burn in the fire reserved for that fateful day described in 2 Peter 3. Peter instead is encouraging us to move onward and upward until we’ve arrived at the new heavens and earth that are promised.

God is not slow, my friends. He arrives precisely when he means to, and that is a good thing for us because his perceived slowness is the very reason we have opportunity to seek salvation in Christ.

Oh Lord, how long have you put up with my stubborn heart? I know you’ll have to put up with it again. Lord, I delight in your pace. Your slowness has saved me. Please continue to be patient with me as I rouse myself from the pasture I have lied down in. Lead me onward, Lord. Lead me to that better heaven and Earth. And Lord, thank you for being patient with me so that I am not finally lost.