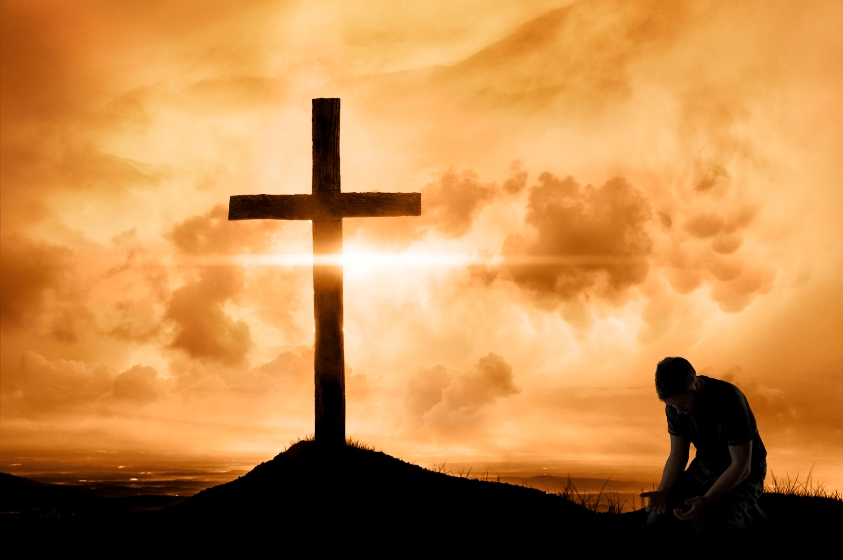 If you’re a Christian today, you’re likely very happy with the results from the SCOTUS as they handed down the decision on Masterpiece Cakes vs. Colorado today. While I know many non-Christians are going to be decidely unhappy with this result, I can merely say that I think this was an excellent decision and highlighted well the glaring inconsistencies and concerns that Christians, and truly all religious people, had if a baker could be coerced to make cakes for weddings regardless of their religious convictions.

But I’m not here to discuss the merits or demerits of the case. My hope today is really to write to Christians about a part of the majority opinion that gave me great cause for sadness, and I think Christians should consider it heavily before they rejoice too much. I think it is an exchange in the opinion that is easily missed, indeed if most people can even be counted on to actually read the 59 page syllabus and opinion anymore. It is easy to miss, especially for Christians because they will be too busy seeing victory presented. But in it is also an unsettling viewpoint that we Christians must wrestle with and act upon if we truly care to keep engaging with our local political and societal structures in a meaningful way.

The exchange I am referring to was listed on page 15 & 16 of this site where you can read the syllabus and opinion of the court. During one of the meetings in which Colorado’s Civil Rights Commission publicly convened to hear the case of Masterpiece Cakes, this quote was offered by one commission member:

The respone of SCOTUS was what struck me and prompted this line of thought:

To describe a man’s faith as “one of the most despicable pieces of rhetoric that people can use” is to disparage his religion in at least two distinct ways: by describing it as despicable, and also by characterizing it as merely rhetorical—something insubstantial and even insincere.

While I’m grateful for SCOTUS and what they have said here, I also think that our gratefulness should not lead to arrogance. Rather, it should lead to humble desire to strive to be better imitators of Christ in all that we do. So often, people will sit back and ask the question in Christian circles, “What is God’s will?”

God’s will, frankly, is much more clear than we often like to admit, even as Christians. One such instance of God’s will being clearly revealed occurs in 1 Peter 2:15:

For it is God’s will that by doing good you should silence the ignorant talk of foolish people.

I think this pairs nicely with James 1:25 which says:

But the one who looks into the perfect law, the law of liberty, and perseveres, being no hearer who forgets but a doer who acts, he will be blessed in his doing.

My point is this. Foolish men get to talk when Christians do not imitate Christ well. Frankly, I was starkly realizing that the Colorado Civil Rights Commission decided against Masterpiece Cakes precisely because they don’t believe that religion is real. At least, not Christianity. Why don’t they believe it is real? Look at what they listed: slavery, the Holocaust, or the “hundreds” of examples that were in this person’s mind.

Look, there’s no way around it. Those are real things. Christianity has not always been Christlike. Perhaps that’s because there’s many false brothers and sisters within churches. But it’s also true that well-intentioned, Gospel-believing brothers and sisters in Christ have simply been wrong.

They haven’t lived in a way that has silenced the talk of foolish men, but rather has encouraged it. They’ve not always been good “doers” of the word of God, but rather read it to their own gain, not God’s glory.

Now, we can’t change the past. Christians can’t bemoan all day, every day what has happened. But we can repent of it. Yes, we can, and should, repent of the sins of our spiritual ancestors. Just look at an example of this in Nehemiah 9. I’m not going to quote the whole chapter, although you should go read it. We would all do well to consider the magnitude of what the Israelites do in this chapter. But in verse 16-17 they say:

But they, our ancestors, became arrogant and stiff-necked, and they did not obey your commands. They refused to listen and failed to remember the miracles you performed among them. They became stiff-necked and in their rebellion appointed a leader in order to return to their slavery.

Look at the pronouns. They say “they” repeatedly. It sounds very detached. We can handle this. We can look at our Christian ancestors and say “they” quite easily. We have a slight grimace on our face, and there’s a general distaste in our mouth over what happened. But that was what they did. That’s not us. But look at the Israelites. They continue confessing sin and then in verse 33 they shift gears in an insane way:

In all that has happened to us, you have remained righteous; you have acted faithfully, while we acted wickedly.

All that happened to us. We acted wickedly. They own every foul deed they’ve been confessing for 32 verses, much of it done generations before any of them were alive! That’s just amazing to me. We should do similarly. We’re not perfect people and we’ve sinned so often and so horribly. Slavery was horrible. The Holocaust was horrible. The “hundreds” of times we’ve similarly failed are horrible. We should be grieved by them. We should even repent of them and thank God he’s been faithful to us even though we’ve attached his name to those kind of events.

I say this because I wonder what this court decision today means. Is this a false positive like when God gave Israel a king as ultimately an act of judgment? Or is this God sending Nehemiah back to rebuild a wall? I’m not comfortable going too far and predicting that.

God will do what he will do. He will be who he will be, but I do wonder if, perhaps, part of what this situation will mean is based on how we react to such events like this. Will we take this moment to rejoice and gloat in our “victory?” Or will we take it, thank God for what seems at the moment a favorable decision, and then let it spur us on to love and good deeds? Will we own and repent of the past that has led people in the Colorado Civil Rights Commission to believe that we have a faith that is “insubstantial and insincere?”

Because here’s what I tell you. The world doesn’t believe. In part, this is each person’s responsibility and rejection of God. But it also partly lies in the fact that they’ve been watching the church of Christ act, well, not so Christlike a lot of the time. We can admit this, right? Christ has paid the punishment for our sins, so can’t we honestly admit that our sins are real and they are many? If we won’t repent from them, I worry that we’ll place more joy in this SCOTUS decision than we will in living lives that, though people accuse us of doing wrong, they can find no great charges against us.

When will it stop? When will we, churches of the true and living God, crack down on those who enable or sometimes even promote sexually illicit or abusive behavior in the name of Christ? When will we condemn false Gospels like those in Acts 15 that trouble people? When will we live with holiness so that, to the extent that is possible, we will be clear windows for God to be seen through? I know that this happens very often and I am thankful for so many who are already taking this seriously. But there are far too many instances where this is not the case. We cannot tolerate the epidemic of complacent attitudes towards how we live that run through the veins of our churches.

There is a person in Colorado who thinks that faith is a rhetorical and insincere attempt to hurt people. What will we do? Folks, this matters. I have work to do to reflect Christ much better than I do. Will we walk in the way of the righteous man in Psalm 1? Or will we remain quagmired, unrepentant for our sins and the sins of our ancestors? Will we be a generation that permeates righteousness and will not tolerate sin since God himself cannot tolerate it? Or will we be a generation that some future generation will have to look back on, sigh, and repent for because we were a “stiff-necked, arrogant” people?

I’m grieved. I’m grieved courts see a man trying to promote Biblical marriage as insincere rhetoric to hurt others. If I am honest, I know why they see it that way. They see it that way because we have not lived in such a way as to silence the talk of foolish men, and in this we have not been straining to achieve God’s will with every breath of our feeble bodies as we ought to. For this in my own life, I repent. I have my own personal failings and I need to make sure I am truly dedicated to allowing the Holy Spirit to purge sin my life. But I also repent for the tragedy that was slavery, for the tragedy of the Holocaust that the church supported, and for the other tragedies that have happened and are happening. I repent for it all and praise God he’s still preserved a people at all amidst all this.

Lord, I’m tired of contributing to the talk of foolish men. Forgive me.

Christians, I urge you to join me in not dancing too quickly, but taking a sober look in the mirror. I implore you to hold the word of God up against you, your families, and your churches as a plumb line to see where we may be crooked and bent, and I beseech you to pursue the will of God so that, Lord willing, it may seem a farfetched thing for any court or commission to claim our faith as insubstantial, insincere, and merely rhetorical. Right now, it is not a farfetched sounding thing at all, and for this we should be grieved.

Let us look full in the face of God as revealed through Scripture. Let us see ourselves clearly in that mirror and not forget what we look like. And let us then seek to become not merely hearers of the word but doers of it as well and prove a faith that is alive and well and has power through the cross of Christ.

I know we can’t be perfect, but we can do better. Let us not only think of doing better. Let us do better. Not out of legalistic hopes that it will flourish our lives or that it will somehow earn us greater rewards in this life. But let us do it solely because we love the Savior who first loved us, who suffered wrath and condemnation for those who would believe in him as the Son of God, and was raised to be victorious over death for us and now sits at the right hand of the Father interceding for us until he claims those who are his possession.

He’s worth it. The battle is worth it. Repenting is worth it. Showing our faith by our works is worth it. Let us not grow weary of doing good, brothers and sisters. Court cases in favor of religious freedom or not, Christ will be held on trial by what we do. Let us remember who we represent and let us live a life worthy of the Lord we claim.